You are here: Home / Current Events / Don’t Let the Hot Spots Trouble You 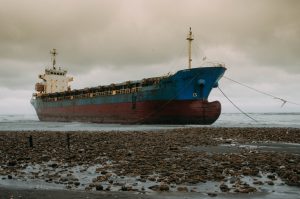 Greetings in the name of our Majestic, all-knowing Savior, Jesus Christ.  The heat is on, and that little hot spot in the Middle East continues to have flare-ups.  Last month Iran, known as Persia in our Bible and to the world until 1935, shot down a $200 million drone that belonged to the United States.

This is not the first act of aggression Iran has made against U.S. allies and interests in the Persian Gulf near the Strait of Hormuz.  In 2019, there have been six attacks on ally tankers moving through the Strait; however, this was the first direct attack on the United States.  As far as Bible Prophecy goes, I do not know of any conflict prophesied between the United States and Iran until after the catching away of the Church, but the aggression has caused people to fulfill the prophecy of Jesus:

“And you will hear of wars and rumors of wars. See that you are not troubled; for all these things must come to pass, but the end is not yet.”    Matthew 24:6

I received a video of a man who adamantly claimed that a U.S. submarine was torpedoed by a Russian submarine off the coast of Alaska.  This person made it all seem very real, causing some, I’m sure, to fall into fear of impending doom and nuclear war.  However, the source of this information has not been found to be reliable.  Jesus says that there will be wars, but also rumors of war.  Even though there will be conflicts not detailed in the Scriptures as well as rumors of something brewing or occurring, we who are in Christ should not be troubled.  Jesus says,

“Peace I leave with you, My peace I give to you; not as the world gives do I give to you. Let not your heart be troubled, neither let it be afraid.”  John 14:27

Jesus came and left us His peace, not just any peace that may arise from this world.  The world’s peace comes from a false sense of security—believing everything will be good from here on out.  Such is never the case among people in our current age or ages past.  True peace can only come from the living God who created us and paid a price for us with the blood of His Son. 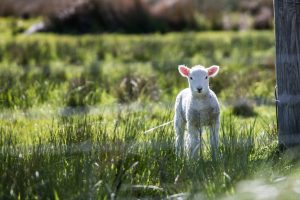 It is the Prince of Peace who gives us true peace through every storm or trial that may befall us as individuals, nations, or the human race.  Fear steals peace and leaves torment; however, it is the belief in God’s love for us, and His Words to us, that casts away all fear.  This is why knowledge of the Word that God has given us through Bible Prophecy is so essential; it removes the fear of the future for the believer.

The real story of the drone and the unconfirmed story of the submarines are related—Iran being the transgressors and Russia being implicated.  Both accounts pit these nations against the United States.  Iran and Russia are seen as allies in Ezekiel chapter 38.  Today, the relationship is more real than ever before:

And say, ‘Thus says the Lord God: “Behold, I am against you, O Gog, the prince of Rosh, Meshech, and Tubal.   I will turn you around, put hooks into your jaws, and lead you out, with all your army, horses, and horsemen, all splendidly clothed, a great company with bucklers and shields, all of them handling swords.   5Persia, Ethiopia, and Libya are with them, all of them with shield and helmet.‘”  Ezekiel 38:3-5

Meshech, Tubal, and Rosh are ancient lands known today as Russia.  Gog is the leader of this land, and today Gog is Vladimir Putin.  Throughout the Scripture above, we see the implements of military and war.   In verse five, we see some of Russia’s allies; the first being Iran (Persia). 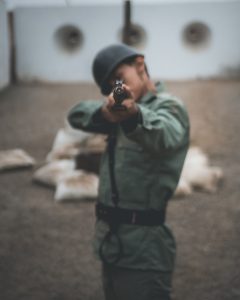 After the attack of the U.S. drone by Iran, many accusations were made by those in power within the Russian government, such as the drone was in Iranian airspace. Another allegation was claiming the evidence on the tanker attacks was weak, and the newest sanctions were illegal.  Such accusations came with threats as well.  These actions lead us to understand how close a relationship Russia and Iran now have.  Putin even warned of “destruction” if the U.S. was to counter with a military attack.

Rumors of war and threats reel as we draw close to the time of Jesus’ appearing.  However, the end is not yet, but close.  We must focus on the kingdom of God and His righteousness, which means focusing on the souls of men.  The very things you need in your life will be added unto you as you share your testimony of the kingdom of God with others.

“But seek first the kingdom of God and His righteousness, and all these things shall be added to you.”  Matthew 6:33

And they overcame him by the blood of the Lamb and by the word of their testimony, and they did not love their lives to the death. Revelation 12:11

Our time as the Church is short, and we must be about the Father’s business. Thank you for helping and partnering with us to get out the good news.  Michelle and I love you and continue to pray for you and your family.

We have begun to teach “The Fearless Revelation of Jesus Christ” on our KBTV Global broadcast.  Make sure you don’t miss any episodes.  It is a verse-by-verse teaching all the way through the book of Revelation.  I guarantee you to be blessed according to Revelation 1:3!

For I know the plans I have for you, declares the Lord, plans to prosper you and not to harm you, plans to give you hope and a future.
Jeremiah 29:11