You are here: Home / Current Events / Precursors of the Antichrist 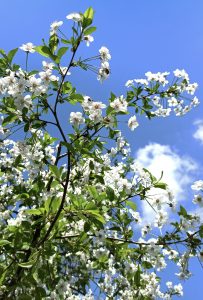 Greetings in the name of our Lord Jesus, the one who makes all things new.  It is Springtime again, just as the Lord has said, “While the earth remains, seedtime and harvest, cold and heat, winter and summer, and day and night shall not cease” (Gen. 8:22).  He lets us know that none of the seasons, night or day, nor sowing and reaping, will change as long as the earth remains.  New flowers and foliage are budding, and all things are becoming new again.  This is because of the One who makes all things new.

And He changes the times and the seasons; He removes kings and raises up kings; He gives wisdom to the wise and knowledge to those who have understanding.  –Daniel 2:21

Daniel informs us that the Father changes the times and seasons in the passage above.  There is nothing anyone can do to change the seasons of the year.  Likewise, no one can change the timing or seasons of God’s timetable.  The seasons of God are left solely in His hands.  No one could have stopped the birth of Jesus, and Jesus Himself could not sway the Father from going to the Cross.  He asked the Father to take the cup (of sin) from Him, but nonetheless, the Father’s will be done.The birth of Jesus was in the timing of God.  His birth set in motion a season known as the Church Age, or the dispensation of grace.  This season is a great gift of God’s mercy and power to mankind, although rapidly coming to an end. At its conclusion, the season of the Antichrist and Tribulation will begin.  Please don’t let that frighten you because God is still Lord over the Tribulation.

Before seasons change, there are forerunning events.  In the Spring, leaves on the trees do not just instantly appear; first, there are buds.  In this season of God’s grace, there are buds of “antichrists.”  The Apostle John said there were many antichrists in his day, and their presence continues.  Note that these are “antichrists” (small “a”); the “Antichrist” (capital “A”) is a man fully possessed by Satan.  These small “a” antichrists are setting the stage for the capital “A” Antichrist and his season.  The Antichrist’s God-given season is only seven years.  During those seven years, he only has rule for three and a half years; during the other half, he is only influential.

Notice that the man known as the Antichrist only tries to change the time that God has set, and he thinks he can do it.  This proves to be the same for the antichrists working today.  Currently, there is a movement called the “Great Reset,” which is global leaders attempting to change how things are done throughout the earth. 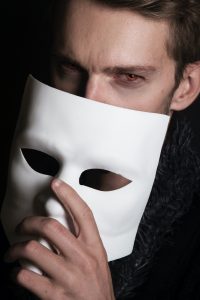 The World Economic Forum (WEF) is a group of high-profile business and political leaders brought together by Prince Charles of England.  They named their annual meeting “The Great Reset.”  They suggest that a globalized world would be best managed by a self-selected coalition of multinational corporations, governments, and civil society organizations.  They focus on environmental protection and social entrepreneurship—seemingly good causes to hide their desire for a “plutocracy.”

A plutocracy is a society ruled or controlled by a group of people with great wealth.  Social entrepreneurship is a group of people or companies that implement and fund solutions to current day issues.  However, social issues should be influenced by the Church.  It is part of our assignment to make disciples. Plutocracy proponents desire a one-world government with one spokesperson. At the November 2021 Climate Summit, Prince Charles stood before world leaders concerning these topics.  He said, “Here we need a vast military-style campaign to marsh the strength of the global private sector, with trillions at his disposal far beyond global GDP.”  Basically, he is saying, in order to achieve the goals of the globalists, we will need a harsh, tyrannical campaign to pull the finances of the world’s countries together so “he” will have trillions at “his” disposal.   Who is this “he”?

Not one world leader asked who the “he” was who would have all these resources at “his” disposal.  I truly believe, although unknowingly, Prince Charles was referring to the Antichrist.  These are people blinded by darkness and trying to solve man’s problems without God, and they haven’t got a clue.  Many of these advocates claim to be Christians and sit beside you at church. Such a plan goes back to the warning in Daniel wherein the Antichrist will try to change the seasons and laws of God, but it is not going to work!  So, why are they making progress?  Because the buds of the Antichrist season have to bloom in their season before the full manifestation of the Antichrist appears.  Take heart, however, because the season of God has NOT changed.  We are still in the Church Age and at the time of the end.

No group of powerful, wealthy people will be successful in ruling the world.  Their egos are as large as their power and wealth.  So, unity cannot be achieved; there will always be discord.  The time and season will not change until God’s determined time comes to pass. Now is the time for the Glorious Church!  In today’s world, gross darkness seems to be the event of the hour.  Not so!  Where is your focus?  Is it on that great darkness? If you focus more on the darkness than the Light, that ought not be so. Your focus should be on Jesus, the Word of God!  It is His Word that brings the faith to overcome this world.

How will we walk in His Spirit without focusing on the Word, thinking about the Word, and speaking the Word?  How will we abide under His shadow?  How shall we see the way of escape?  We must run to the glorious light of His Word.  If there is any area in our lives where we do not focus on His light, then darkness is the default, and the world will steal our joy. God has given us the power to restrain the darkness of the day.  We cannot destroy it entirely, but we have the power to put it in its place and resist its effects on us as children of God.

Cursed is the strong one who depends on mere humans, who thinks he can make it on muscle alone and sets GOD aside as dead weight. He’s like a tumbleweed on the prairie, out of touch with the good earth.  He lives rootless and aimless in a land where nothing grows.  But blessed is the man who trusts me, GOD, the woman who sticks with GOD. They’re like trees replanted in Eden, putting down roots near the rivers— never a worry through the hottest of summers, never dropping a leaf, serene and calm through droughts, bearing fresh fruit every season. —Jeremiah 17:5-8 MSG

Let’s not be out of touch with the good on earth.  The good on earth is God and the things of God.  Prophecy and Promises is doing and bringing good to people.  You can be a part of that too.  I appreciate your support in prayer and finances.  Thank you!

This June, we will be sponsoring a Bible Prophecy Conference entitled “What in the World is Going On?” in the Tulsa, Oklahoma, area.  The budget for the meeting is looking to be around $2,500. Also this year, we are involved with the Impact America Crusades in Alabama and Oklahoma.  Everything you do to help us reach people for Jesus is much appreciated by Him and us.  We are praying for you daily.  Be healthy, healed, whole, and unmoved by this world.

It was not by their sword that they won the land, nor did their arm bring them victory; it was your right hand, your arm, and the light of your face, for you loved them.
Psalm 44:3

Two are better than one, because they have a good return for their labor.
Ecclesiastes 4:9