You are here: Home / Current Events / The Way!

Greetings in the name of our Majestic Savior, Jesus Christ, who is the Way.  We had great meetings in Kentucky and West Virginia. Over 80 people gave their hearts to the Lord! We saw miracle healings and deliverances, all because you reached into your pockets and gave to send us there. You changed lives and gave hope to people who needed it right now.

“For with the same measure that you use, it will be measured back to you.”
—Luke 6:38

Expect a harvest and for God to bless you according to how you gave into this endeavor and to others you give unto.  He is faithful!

There are so many more hurting people who need the good news of Jesus Christ.  I’m thinking about one country that continues to fall into greater disparities, Venezuela. The antichrist’s deception of socialism has led the most prosperous nation of Central America into ruins. The way of socialism and communism is not the way of Christ.  One can easily judge whose influence is at work by one Scripture.

With socialism, simplistically, you give according to your ability and receive according to your contribution. This sounds fair; however, this will never equalize classes of people as it is meant to do.  Someone who has little ability to give will only receive a little, causing their way of life to remain unchanged. 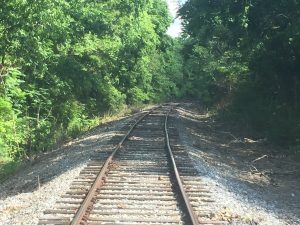 Socialism is designed to progress. (This should bring to your remembrance the term “progressive.”)  Socialism is always meant to evolve into communism.  With communism, you still give according to your ability; however, you only receive according to what the government sees as your need.  At one time prisoners only “needed” bread and water. The Venezuelan government has decided citizens don’t even needbread and water, yet the citizens have committed no crime.

I’m no economist or political scientist, only a simple, educated man. When you go to read about socialism or communism, there are more views and opinions than you can shake a stick at.  There is confusion in their camp, and it’s well seen—each seeking to promote their version over the other, and some not being able to explain their beliefs at all.  God is not the author of confusion (1 Cor. 14:33), yet His adversary, Satan, is very much so.  Within his confusion is every evil work.

For where envy and self-seeking exist, confusion and every evil thing are there.
—James 3:16

Since the time of Nimrod, who created the first kingdom that was evil and against God (Gen. 10), Satan has tried to rule the world by using government, commerce,and religion.  If he could ever accomplish this, it would make overtaking God a cinch.  He would then have control over God’s creation and, therefore, take rule away from God.

Antichrist spirits are at full speed now, blinding the hearts of men to socialism, communism, and globalism in the United States and around the world.  To accomplish this, Satan is relying on the philosophy of humanism, which is mankind taking care of mankind without God’s help.  Trying to solve the world’s problems without God is futile (John 15:5).  It may appear to be a nice thought, but it won’t work because the sin nature of man always fails. Even during the Tribulation Period, we see the failure of Satan’s best attempt.

Revelation chapter 13 reveals to us a man known as the Antichrist.  Satan, who has no authority (Col. 2:15), gives this man a false authority (Rev. 13:2) to carry out an assignment. As the chapter proceeds, we see what his assignment will be.  He is to set up worship or religion(vs. 4, 14­–15) with the use of deception and creation of an image.  Another goal is to control the governmentsof the world, as described in verse 7, making war with the saints and having authority over every tribe and nation. Lastly, a mark is implemented (v. 16) by his false prophet in an attempt to control commercein his kingdom—all failing tremendously at every turn.

When attempting to control commerce, the mark 666 is required to buy and sell, which is the number of man. When man or mankind emphasizes the value of human  achievements, it is known as humanism.  Humanism, at its zenith, is seen as being the way.  Humanism is not new, for it is the way of Cain found in Genesis chapter 4 and Jude verses 8-13.  Cain knew what God required of him but decided to serve God the way he thoughtwas right, which was with human ideas, abilities, and achievements. God’s ways are not our ways, but they are made known to us the same as they were to Cain.

Jesus said to him, “I am the way, the truth, and the life. No one comes to the Father except through Me.”
—John 14:6, emphasis added

There is no other true waybut Jesus!  Knowing Him, not just participating in a religion, leads you on the path of abundant life. The Word reveals much about governments and how they have failed or succeeded. People don’t want to talk about religion and politics; however, they are the two most significant subjects that affect our everyday lives. 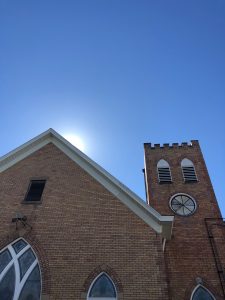 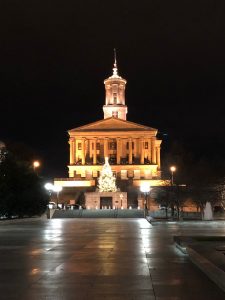 God sets up leaders, who have rule over us, according to the hearts of the people (Dan. 2:21, also the books of Kings and Chronicles).  If people’s hearts are looking to other people to meet their needs (humanism), as in Nimrod’s kingdom during the construction of the Tower of Babel, they are turned away from God.  However, God makes provision:

“If My people who are called by My name will humble themselves, and pray and seek My face, and turn from their wicked ways, then I will hear from heaven, and will forgive their sin and heal their land.”
—2 Chronicles 7:14

You may not agree with me, but the day will come (and soon) when the governments will be on the shoulders of our Lord Jesus (Isa. 9:6).  His rule will be according to the Holy Scriptures and will be as none ever before.  He will rule justly with a rod of iron (Rev. 2:27, 12:5, 19:15), and no man’s opinion will matter, nor will he have a say or vote in the laws.

God’s laws are perfect and always have been.  It’s our understanding and rebellion of the flesh that has caused us to be unable to follow the law.  Under Jesus’ rule, there shall be a knowing and time of true peace that passes all understanding.  It will also be a time of making all things new, even the wicked hearts of men (Jer. 17:9).

Thank you again for your prayers and financial support.  We have much to do, and you help us get it done.  Soon we will have a Revelation teaching syllabus and a new book, The Deception of the Antichrist Spirit.  Believe with me to have both published very soon.

Let’s pray for the people of Venezuela that the eyes of their understanding be enlightened, and they would come to realize their authority in the power of prayer and repentance for their nation (Eph. 1:17-23).

You make your saving help my shield, and your right hand sustains me; your help has made me great. You provide a broad path for my feet, so that my ankles do not give way.
Psalm 18:35-36