You are here: Home / Current Events / Truth or Lies! 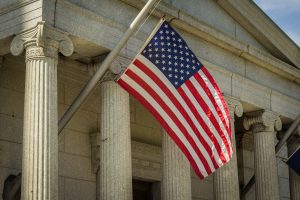 Greetings in the name of our Lord Jesus, the Truth!  Today we have a deficiency of truth.  It’s a lack of Jesus in the hearts of people today that makes it so hard for so many to determine what is true and what is not; their hearts are filled with the world. What they see on television and the Internet causes the truth to be convoluted.  The truth is twisted by what we hear in the opinions of others.  Jesus says,

If Jesus is who He says He is, then those who offer other ways, such as philosophies and traditions, are full of deceit and will rob you of your expected future (Col. 2:8).  The opposite of the truth is a lie.  We are clearly told our adversary is the father of all lies (John 8:44).  He is anti-truth and anti-Christ.  His lies blind and keep people from seeing the truth.  The most deceptive way to lie is to twist and make wicked a truth.

Satan himself used his knowledge of the truth to tempt Jesus in Matthew chapter 4.  There, Satan twisted God’s Words by omitting others.  Then, Jesus reminded Satan of the words he excluded in order to disarm him and run him off.  Partial truths can be construed as lies because they are only in part, which is why people are destroyed for a lack of knowledge (or truth) according to Hosea 4:6.

If someone tells you there is a bridge that leads to the other side of a great divide, which is where you are trying to go, you may head out across that bridge only to find out it can’t support your weight and then plummet to your death.  All appearances may have been that the bridge was new and could hold much more weight than you were carrying.  The one who gave you the guidance did not have all the truth or withheld it from you.

When speaking of truth and lies, John chapter 8 comes to mind, which reveals that the Jewish leaders sought to kill Jesus because they refused to believe the truth Jesus was speaking.  Jesus’ Words (the truth) could find no place in them.  Their source of truth was different from Jesus’ source.  They had an opposing view (or world view) to what Jesus was saying.  Because of their differences, they sought to kill Jesus and remove Him from the equation.  My Bible subtitles these verses as “Abraham’s Seed and Satan’s.”

“I know that you are Abraham’s descendants, but you seek to kill Me, because My word has no place in you.  I speak what I have seen with My Father, and you do what you have seen with your father.”     —John 8:37-38

Jesus calls them Abraham’s descendants, and they declare Abraham as their father.  Yet they are not sons, for true sons do the will of their father.  They were not doing the works of Abraham, which were good, but sought to do evil by killing Jesus—hence removing Him because of His opposing view.  By declaring themselves to be of Abraham and God being their Father, the leaders of the day were saying, “We are in the right!”  Then Jesus tells them they are mistaken:

If God were your Father, you would love me: for I proceeded forth and came from God; nor have I come of Myself, but He sent Me. Why do you not understand My speech? Because you are not able to listen to My word. You are of your father the devil, and the desires of your father you want to do. He was a murderer from the beginning, and does not stand in the truth, because there is no truth in him. When he speaks a lie, he speaks from his own resources, for he is a liar and the father of it.”             — John 8:42-44

The leaders were not following the greatest commandment to love.  Satan had so influenced them that they did not have ears to hear nor eyes to see.  Satan has one great power and that is deception.  He had led the Jewish leaders off course.  Just a little to start, perhaps, but it led to them being totally blinded and deaf.  The following verses describe this process:

Beware lest any man spoil you through philosophy and vain deceit, after the tradition of men, after the rudiments of the world, and not after Christ.         —Colossians 2:8

In whom the god of this world hath blinded the minds of them which believe not, lest the light of the glorious gospel of Christ, who is the image of God, should shine unto them.    —2 Corinthians 4:4

Jesus judged them by their fruit, which was to set their hands to murder.  We, who are spiritual, are also to judge by the fruit we see.

But he that is spiritual judgeth all things, yet he himself is judged of no man.    —1 Corinthians 2:15 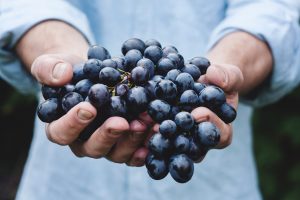 As fruit inspectors, we must hold the fruit up to God’s Word, which is the standard.  Anything that is against God, His Word, or His Church is anti-God and is bad fruit.  Anything that is pro-God, His Word, and His Church is good fruit.  God looks at the big picture, and so should we.  The moral failures of men can be forgiven, but we must strive for the cause of Christ!  Judge wisely and by the Word of God.

Thank you for your support, financially and spiritually.  We are praying for you and your family.  Without you, we cannot do what God has called us to do.  Recently, we had a great meeting at Soul’s Harbor Church in Canton, Georgia, with Pastor Larry Martin.  We were able to be a blessing to the Church with two new monitors for their sanctuary because of your faithfulness.

This year we will be heading back to Jamaica with Pastor Manny Azan.  We will feed those in need, reach out to the youth, and assist the churches and community at large—all in the name of Jesus!  I’m putting my faith out for $4,000 to bless those in Jamaica with the good news and good deeds.  We are raising funds now and pray that you will be a part.  If you do, please indicate “Jamaica” on your giving so that we can allocate those funds to that outreach.

Therefore encourage one another and build each other up, just as in fact you are doing.
1 Thessalonians 5:11