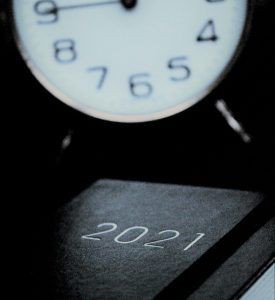 Greetings in the name of our Lord Jesus, the Soon Coming King!  Jesus’ soon coming is what I hope to highlight in this New Year’s letter. (This was written 1/5/21)  We had a most unusual year in 2020.  As I said in my January 2020 letter, great and troubling events would happen.  Just months later, the coronavirus was released into the earth.  Governments and media created panic across the entire globe.  The gross darkness of fear multiplied and thickened from one corner of the globe to the other, with some of the Body of Christ being carried away into that darkness.  I’m sad to say many are still there.  I hope you are not one of them.

In my October letter of this past year, I addressed deception blinding the eyes of many, which continues to this very day and will wax worse and worse.  The source is antichrist spirits, and they deceive people using them to deceive others.  This deception climaxes during the Tribulation Period.

But evil men and seducers shall wax worse and worse, deceiving, and being deceived.
—II Timothy 3:13

Now the Spirit speaketh expressly, that in the latter times some shall depart from the faith, giving heed to seducing spirits, and doctrines of devils; speaking lies in hypocrisy; having their conscience seared with a hot iron.
—I Timothy 4:1-2

This great darkness of Isaiah 60 is here and is the cause of some departing from the faith.  They have not necessarily stopped “believing,” but departed from faith, which is the substance of things hoped for (Heb. 11:1).  Our blessed hope is in the return of Christ Jesus!  He comes to set up His Theocracy and become the literal KING of kings on the earth.

Many have been deceived into supporting a plan that is anti-Christ.  They have been swayed from the full Word of God, and their consciences seared when it comes to certain matters. Their substance has changed, even if ever so slightly.  But, if you get off God’s plan (substance, which is faith, the Word) for your life, you can end up at a totally different end than what God prepared for you.  I’m not talking about hell, necessarily, but I’m not leaving out that possibility.  Certainly, I’m not the judge and have no authority to condemn, nor would I want to do so. 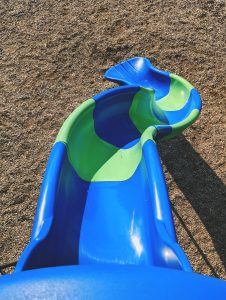 Being deceived is a condition of the backslidden, End-Time Church.  It’s described in the first few chapters of the book of Revelation.  It is a church without anointing and allows circumstances to affect their actions and the words of their mouth—a church that compromises with philosophy and empty delusions.  They allow leaders who are totally adverse to God and His ways to influence and guide them (having a form of godliness but denying His power to provide and save).  They are spiritually blind, so they are separated or dead to the Spirit of God, yet they are self-righteous enough to believe they are doing what’s right and enough.  From all these conditions, Jesus calls for repentance.

This backslidden church has helped cause the condition of the world around us.  There are groups supported by Christians calling for the removal of God and His family.  Most recently, a declaration that the terms “father, mother, sister, and brother” be eliminated. It is communistic! Historians note that Marx himself called for the “abolition of the family!” Men mock God by ending a prayer with “Amen and Awoman.” The sanctity of life is disregarded, and lawlessness is encouraged by removing authority from the police. We live in a time that God sees as wicked and evil.  Recall the evil in Noah’s day:

And GOD saw that the wickedness of man was great in the earth, and that every imagination of the thoughts of his heart was only evil continually. And it repented the LORD that he had made man on the earth, and it grieved him at his heart. And the LORD said, I will destroy man whom I have created from the face of the earth; both man, and beast, and the creeping thing, and the fowls of the air; for it repenteth me that I have made them.
—Genesis 6:5-7

This Scripture describes Noah’s time, and Jesus says, “When the Son of Man returns, it will be like it was in Noah’s day” (Luke 17:26 NLT).  JESUS IS COMING SOON!  Yes, you have heard it for years.  The Scriptures have proclaimed it for thousands of years.  I’m here to let you know that we are closer now than ever before.  Your spiritual life cannot be weak if you expect to be counted worthy to escape all that is coming on the earth (Luke 21:36).  Jesus’ parable of the ten virgins lets us know that half were ready and half were not.  He also declared that He was not responsible for their condition (Matt. 25).

Make 2021 a year of reverence towards the Lord, reverence meaning “fearful.” Not being afraid, but respectful of what God can do for you, which you WILL need Him to do.  We, the Church, are a mighty force on the earth.  Second Thessalonians chapter 2 reveals us as the restrainer of the wicked one, who is Satan and his antichrist spirits.  Our ability to restrain, our protection, healing, and prosperity are all in our relationship with God and reverence of Him.  So, He is worthy of the greatest reverence, praise, and honor this year and beyond. 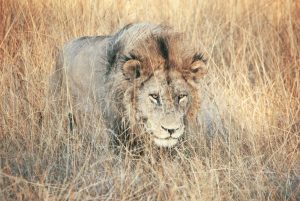 There are greater and more dreadful things coming in our future, but we do not have to be shaken if we are truly standing on the rock of our salvation. “Those who do wickedly against the covenant he [Satan] shall corrupt with flattery; but the people who know their God shall be strong, and carry out great exploits (Daniel 11:32, emphasis added).  Your destiny is to do great things for your God!  That can be something like winning a soul to Jesus or even planting that seed. It could be raising the dead or healing the sick.  Even giving into a ministry like this can affect the kingdom of God in a great way.  One soul being won, perhaps the last one before God says to Jesus, “Go get your Body!” That’s how we hasten the day of His coming.

You shall be strong and do great things!  I speak that over you now in the name of Jesus!  We thank you for strengthening us with your prayers and financial support.  We are showing people to Christ and His great love for them.  May 2021 be your greatest year no matter what goes on in this world.

Remember, “To wait for his Son from heaven, whom he raised from the dead, even Jesus, which delivered us from the wrath to come” (I Thess. 1:10).

Therefore everyone who hears these words of mine and puts them into practice is like a wise man who built his house on the rock.
Matthew 7:24