You are here: Home / Current Events / Be Encouraged!

Greetings in the name of our majestic Lord Jesus.  In Nashville, clues are emerging that autumn is approaching and that our season is once again about to change.  Changes in the natural should remind us to stay alert for changes in our spiritual seasons.  Likewise, we are also witnessing changes in the political realm of our country.  A couple of days ago, presidential candidate Donald Trump visited Nashville to speak at a rally.  I rode out to the airport to see him, and was actually able to meet him very briefly (God’s favor is so good), for the purpose of giving him Dr. Hilton Sutton’s book, As the U.S.A. Goes, So Goes the World. 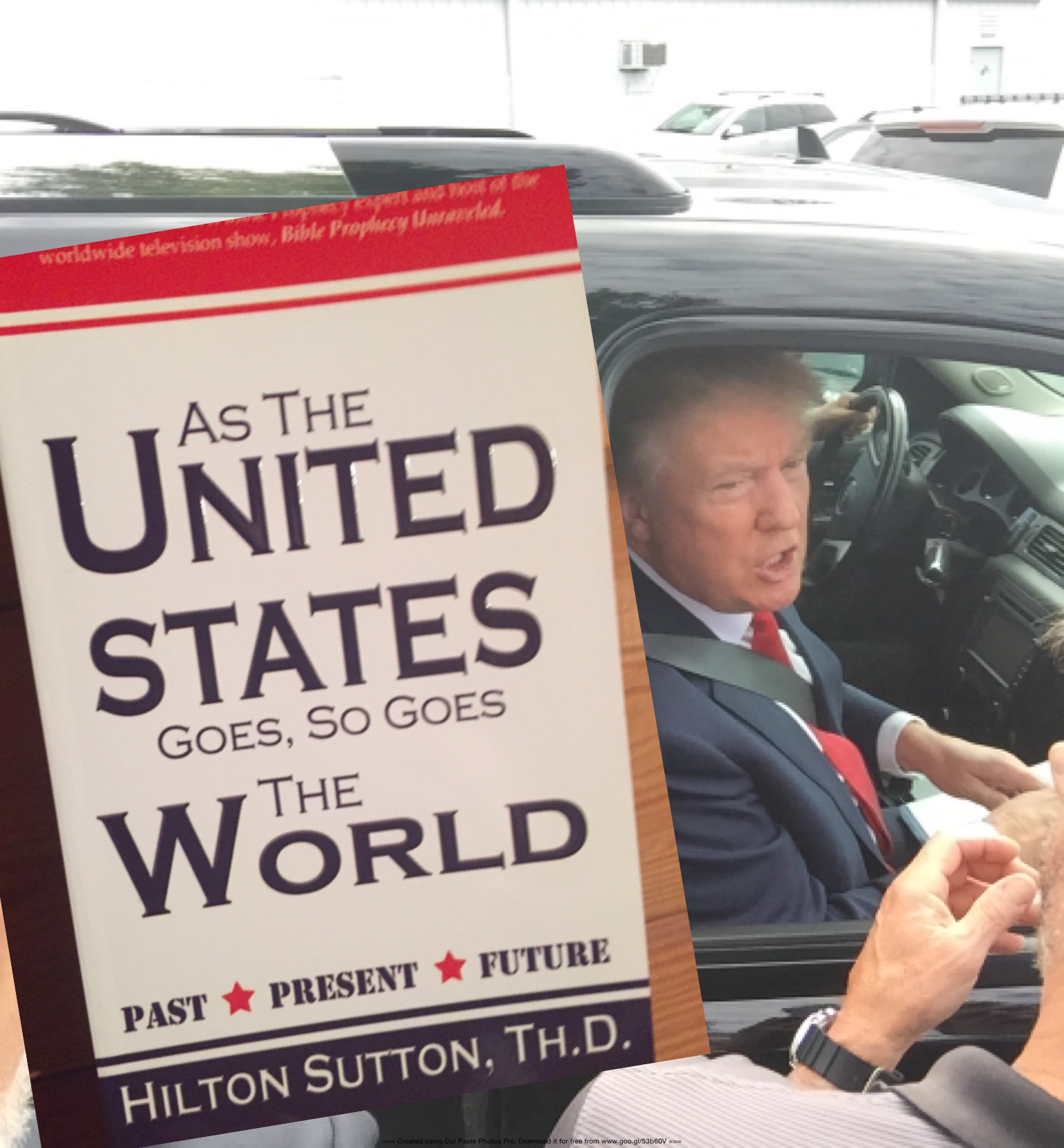 Trump has been creating quite a stir in our country, and I can see revival within many of the people who agree that political correctness is incorrectness.  Even more important to me, and I hope to you, is biblical correctness.  Many Christians may be unwilling to speak out against certain issues for fear of being labeled a “phobic” of some kind, a racist, or a hater. However, I believe a new boldness is rising.  Mr. Trump’s unbridled boldness to speak his mind should give encouragement to all of us to speak up for what we believe in and be unashamed.

As Christians, that is what we need—boldness to speak up for our Lord Jesus.  If we want revival in America, it will take a fervent Church that prays and proclaims the Word of God.  This can start with you and me as we revive ourselves and fan the flames of God burning within us.

Fire consumes its surrounding, and it also produces light.  If there is one thing we, as Christians, should be doing is allowing our consuming fire (the Spirit of God within us) to devour the darkness around us and produce light.  I truly believe our spiritual season is about to change, and with it, natural changes will take place as well.  America’s roots as a God-fearing nation will still yield a return:

Being confident of this very thing, that he which hath begun a good work in you will perform it until the day of Jesus Christ (Philippians 1:6).

Now, please hear me, I have no word from God stating that Mr. Trump will be our next president.  However, Trump’s brash boldness could be a precursor to the return of a God-fearing nation once again.We should be aware of the events going on around us and how they might bring about the fulfillment of Bible Prophecy.  America must be a powerful force in these End Times.  The book of Revelation indicates that during the middle of the Tribulation, a strong people from a wilderness come to the aid of Israel.

Then the woman fled into the wilderness, where she has a place prepared by God, that they should feed her there one thousand two hundred and sixty days (Revelation 12:6).

But the woman was given two wings of a great eagle, that she might fly into the wilderness to her place, where she is nourished for a time and times and half a time, from the presence of the serpent (Revelation 12:14).

The woman is Israel from whom the man-child, Jesus, of Revelation 12:5 is born.  He is then caught up to heaven.  The woman flees to a wilderness, and then verse 14 lets us know that she flees on the “two wings of a great eagle.”  Both verses 6 and 14 give us the timeframe she is to remain in this wilderness:  1,260 days, or a time (one year), times (two years), and a half-time (half-a-year), which is a total of 3-1/2 years.  This timeframe equals the second half of the Tribulation.The “wilderness” is identified as a “place prepared by God”; therefore, it is perfect for the purpose for which it has been created.  God’s ways are perfect (II Sam. 22:31), and Jesus says, “Your Father in heaven is perfect” (Matt. 5:48).  God has created a perfect wilderness known as the Americas.  Such was revealed around 1492 when an Italian explorer, named Christopher
Columbus, discovered the Americas.  This was significant because, at the same time, King Ferdinand of Spain issued a decree for the expulsion of the Jewish people.The Americas gave the Jewish population a place to flee in order to escape the persecution they faced all over Europe.  The United States now has the largest population of Jews, next to Israel, only to be exceeded in Israel by a few million.  God prepared our country years ago for this purpose and connected us with His people Israel.  God does things with foresight and perfection, so He has no need to raise up another wilderness since He has already done so for this purpose.

The United States, as the wilderness, is further revealed in verse 14 by the woman being whisked away on “two wings of a great eagle.”  These wings of an eagle must belong to the wilderness nation.  The United States is the only nation in the Americas whose national symbol is an eagle.  The Prophet Daniel and Apostle John use animals to describe nations and thereby setting a biblical precedence of doing so.  This makes it possible for us to declare our country as the wilderness nation of Revelation 12:6 and 14.  Further, the eagle reference is only one place our country is mentioned concerning the End Times—there is more!

Thus, truly I say to you that revival is here!  This revival is not only for the kingdom of God, but also for our great nation.  So, maybe Trump is acting as the “trumpet” sounding for our nation to turn around on a level that secular people can understand.  However, it is the Church that stands firm to fan the spiritual flames and wait for the greatest outpouring of God’s power for soul winning.  For when the trump of God sounds, we want to take as many with us in the Rapture as possible.  Jesus is not coming for a cold Church or a warm Church, but for one that is HOT with the fire of God.

Our meetings last month in Texas were awesome!  People were saved, delivered and encouraged by the Word of God.  I thank God that He has given me people like you in my life . . . people who support this part of Jesus’ soul-winning team in prayer and finances.  You are so important.  Michelle and I pray God’s blessings and protection over you and your family as you come alongside us to help in His work.

Therefore, since we have these promises, dear friends, let us purify ourselves from everything that contaminates body and spirit, perfecting holiness out of reverence for God.
2 Corinthians 7:1