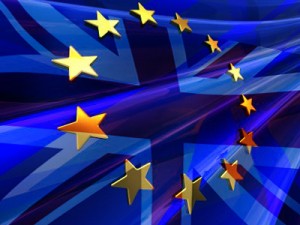 Brexit is the name given to the idea of the United Kingdom (UK) leaving the European Union (EU). Many citizens believe that the UK would be better off and more prosperous without the restrictions of the EU. A referendum was made, and over 46 million people were eligible to vote on whether or not to leave the EU.

Today they have decided to leave. This may cause some short-term problems for the UK as they adjust; however, it will allow them to be a more sovereign nation. Any kind of change is difficult and always faces opposition.

Scripturally, the decision of the UK and the EU has to do with the ten horns of Daniel chapter 7 and Revelation chapter 17. They are ten nations that rise up to great power in Europe, which territory was once part of the Roman Empire. Now there are 28 nations in the EU; however, there is much trouble among them. Just because there are ten horns listed in the Scripture does not mean the EU will be whittled down to ten nations—although, it could be. The Scripture states that ten will arise, which means ten will be stronger than the others.

Britain has had a problem with socialistic Globalization and those who have a global worldview. Today there are two major views when it concerns nations: globalism and nationalism. Globalization, on a large scale, encompasses all and promotes the idea of a one-world government making and enforcing global laws over all nations. Nationalism is akin to individualism.

We know the Father’s thoughts concerning Globalization from the account with the Tower of Babel. He did not like the concept, so He scattered them over the earth and gave them different languages (Gen. 11:1-9). So, if the Father is not for this, who is? It is Satan and his antichrists that are working toward globalization.

The EU at this time appears to be the vessel God will use to manifest the ten horns of Daniel 7 and Revelation 17. This group of ten horns is known as the seventh head or mountain / empire of the beast in Revelation 17:9-17. Out of that empire comes the little horn we know as Antichrist, the man. He creates the eighth empire and attempts (attempts mind you) to set up a one-world government (globalization). I recommend you get my message entitled, Europe in Prophecy for more information to help fill in the gaps.

This vote on the Brexit takes the UK out of the ten horns for now and repositions them for an awakening. Even though their socialistic views are driven by antichrists, this moves them away from the global aspect of those views.

Britain’s empire has been a good empire as a whole. Wherever it spread, the Gospel went also. However, it had been pulled into this socialist, globalist union, influenced by antichrist spirits. I pray for England that they would once again have revival.

Praise the Lord. Blessed are those who fear the Lord, who find great delight in his commands.
Psalm 112:1

Not to us, LORD, not to us but to your name be the glory, because of your love and faithfulness.
Psalm 115:1