You are here: Home / Jesus' ETA / Islam a Sign of the Times

Greetings in the name of the soon coming King, our Lord Jesus Christ. I’m sure you are aware of the exciting times we’re living in today. The last Bible days are upon us as the Father climaxes the Age of this old world. Many people are starting to take notice of the unrest and uncertainty of the world around them; others just move along while caught up in their own circumstances and cares of this world.

Nations all over the globe are in upheaval. The spirits of antichrist are in full swing, and the predominant entity they are using on the world scene at this time is the doctrine of devils known as “Islam.”

Now the Spirit speaketh expressly, that in the latter times some shall depart from the faith, giving heed to seducing spirits, and doctrines of devils. —I Tim. 4:1

There are many doctrines of devils currently at work, and, yes, some Christians are departing from the faith in Jesus Christ and His Word (many of these doctrines being taught from our pulpits), but Islam is an open deception that goes expressly against Christ and His Church (antichrist). With the rise of ISIS in Iraq and Syria, the media would have you think we are dealing with a new breed of Islam. However, this is nothing new; it is old school Islam with devoted followers of Mohammad who are willing to give their lives for Allah.

You see, in the fifteenth century, Mohammad and his army of followers went about conquering by the sword to convert others to the ways of Islam. The oppressed were given three choices: (1) convert to Islam, (2) pay an infidel tax, or (3) be put to death. Today, ISIS and others are offering the same choices. So, you see, there is nothing new here.

Some may call ISIS and Hamas radical branches of Islam; however, they just have a common zeal for the Koran. So called “Moderate Muslims” are what we may call Muslim “backsliders.” They don’t care to keep the laws of the Koran. They pick and choose which laws they want to follow. That sounds like some Christians I know.

Allow me to quote you Sura 9:5 from the Koran: “When the sacred months are over, slay the idolaters wherever you find them. Arrest them, besiege them, and lie in ambush everywhere for them. If they repent and take to prayer and render the alms levy, allow them to go their way. God is forgiving and merciful.”

All Islamic scholars, Muslim and non-Muslim alike, say the first 29 verses of Sura 9 are some of the final words Muhammad spoke. They are part of his great commission: to slay idolaters, arrest, and besiege them. If they repent and turn to Allah, let them pay a tax, and then let them go their way. All of which faithful Muslims around the world are carrying out to this very day.

This doctrine of devils is causing unrest around the world, an unrest that Jesus warned us about, “ . . . and upon the earth distress of nations, with perplexity; the sea and the waves roaring” (Luke 21:25).

In this year alone, there have been hundreds of accounts of Islamic violence and disregard for human life carried out all over the world by faithful, believing Muslims. The following are just a few:

The nation’s leaders are perplexed about what to do about Islam, among other things. They need to read the Holy Word of God (the God of Abraham, Isaac and Jacob) to find out what to do! Jesus addresses the issue of people in nations rising up with dissatisfaction in Luke 21:25 . . . “with the sea and the waves roaring.”

The Muslim uprising is a big part of the End-Time picture. In Ezekiel 38, all the allies of Gog (Russia) are Islamic: Persia, Ethiopia, Libya, Gomer (former Soviet Union countries), and Togarmah (Turkey). At present, these allies of Gog (Russia) are a mighty force for Satan to unite with to come against Israel. Russia has obliging relationships with all of these countries. Some of the countries have Marxist styles of government, and some have long-standing military treaties with Russia. We have witnessed Russia stand up for Iran in recent years concerning the development of the Iranian nuclear program. Shortly, we will see these relationships become more intimate as they undertake common goals against Israel and the United States. 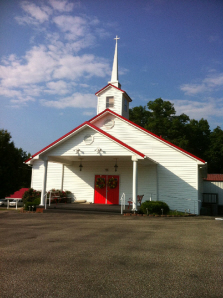 The evils and darkness that are engrossing the world will not be deactivated, but will continue to grow to its climax at the battle of Armageddon. So, what are we to do? Be good Christians! Remember your giftings! We each have been given gifts. These gifts are for all of mankind and the kingdom of God, not for Satan to use. Nor are you to abide by the world’s system of doing things. You never know who or what will be affected when you use the gifts God has given you. Your words or actions could influence someone who is thrust onto the world scene to do great things for the kingdom of God.

In order to fulfill our part in these End Times, we must have a pastor and go to church, read and study our Bibles, testify of what Jesus has done and can do. And, of course, winning souls! We must become better at being Christians than Muslims are at being Muslims! You can do it!!

I am doing my best to get the good news of Jesus’ soon appearing out to everyone I can. Thank you for your prayers and financial support for our assignment in these end times. We could not do it without you. May your reward be great in heaven (Matt. 6:20). Drop me a note sometime and let me know how you are and what your prayer needs are so we can be in agreement with you.

Michelle and I love you, appreciate you, and pray for you.

Whoever claims to love God yet hates a brother or sister is a liar. For whoever does not love their brother and sister, whom they have seen, cannot love God, whom they have not seen.
1 John 4:20