You are here: Home / Current Events / Security in the End Time 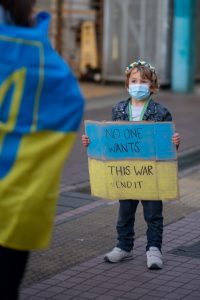 Greetings in the name of the King of kings, Jesus.  The impending invasion of Ukraine from last month is now a full-scale attack by the Russians.  There have already been thousands of deaths.  Putin, or as the Bible calls him “Gog,” has met with more resistance than he first thought.  Remember, God is against him (Ezek. 38:3).  An unexpected onslaught of retaliation by world leaders and institutions has struck the Russian economy through sanctions and freezing financial accounts so that they cannot access money.  At the time of this writing, many of the Russian military convoys have reportedly run out of fuel, set empty on the roads, and have no food.

Russia, or “Magog” as known in the Scriptures, is having difficulty in a swift takeover of Ukraine, known in the Bible as “Gomer.”  Russia may shift to a more brutal attack from the air; however, God and His mercy is allowing time for people to flee the country.  Some sources have said close to one million people have fled the country. This is a direct fulfillment of prophecy from Daniel chapter 12.

But thou, O Daniel, shut up the words, and seal the book, even to the time of the end: many shall run to and fro, and knowledge shall be increased.

We often think of this fulfillment being our bustling cities or airports; however, we are now seeing more and more the rapid migration of large groups of people as in Ukraine.  In the United States, we have no idea of the masses that have entered our southern border.  The new administration loosened border security immediately, causing a great influx. The reports of the caravans headed this way have now ceased to be reported in the media.  Other countries affected by wars and rumors of war have also had mass exoduses.  We are not only in the Last Days but the End Time.  But the end is not yet!

Many herald as if the end of the age could happen any minute. However, God in His mercy is giving us more time to repent, just as He is giving the Ukrainian people more time to escape.  It is not God’s will that any should perish.  He is holding back many things from the earth that will not be held much longer.  The antichrist spirits are pushing humans and kings.  Russia is not ready to swoop down on Israel, as seen in Ezekiel 38.  Look at the time they are having with the Gomer.  Israel’s army is way more advanced than that of Ukraine, and Russia does not set on their border either. Besides, Scripture tells us that before this attack of Russia on Israel, Israel will be at peace.

. . . they shall dwell safely all of them . . . And thou shalt say, I will go up to the land of unwalled villages; I will go to them that are at rest, that dwell safely, all of them dwelling without walls, and having neither bars nor gates.

Therefore, son of man, prophesy and say to Gog, “Thus says the Lord GOD: ‘On that day when My people Israel dwell safely, will you not know it?’” 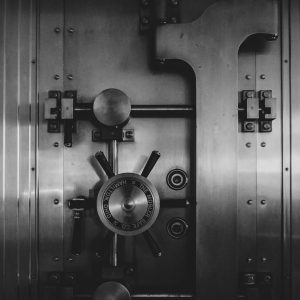 The word “safely” means secure.  Ezekiel 38:11 reveals that Israel will not need walls nor gates.  Today, Israel is surrounded by walls and has great need of them as a layer of protection.  Only God could foretell this distinction 2,500 years ago. We are still waiting for the peace of Israel before Magog will make its move, a peace so secure that Israel will no longer need its current wall.  The security we are talking about is like me having a bar of gold.  If the gold is locked up in my house, it is safe, but it is secure if locked inside a vault within my house.

When Israel is dwelling securely, we know the End of the Age is imminent. Now, please do not sit back on your laurels because we have more time.  Israel’s safety could be secured in a short-time period.  Also, the catching away of the saints and resurrection of the righteous could happen before or after Israel’s safety.  I have heard it said that the rapture is signless, but there is one—the Glorious Church!

That he might present it to himself a glorious church, not having spot, or wrinkle, or any such thing; but that it should be holy and without blemish.

You accept Jesus by believing in your heart that He died for you and was risen from the dead.  Second, if you confess Jesus as your Lord with your mouth, you will be saved.  Then, you walk daily with Him and talk with Him, putting others before yourself and seeking right standing with God.  When you do so, these dangerous times will not cause you any turmoil.  As you seek Him first, all other things will be added unto you (Matt. 6:33). That is peace, meaning completeness, nothing missing or lacking.  His peace is not like the world’s peace; it’s supernatural!

I thank God for those of you who give of their finances to help this part of Jesus’ ministry.  We have big plans for this year with travel for Prophecy and Promises meetings as well as Impact America Crusades.  Also, I’m happy to announce a Bible Prophecy Conference in Bristow, Oklahoma, entitled, “What in the World is Going On?”  Prophecy and Promises will sponsor this conference, so that means you.  I will have more details later.

Every day I pray for everyone who gets these letters.  I’m sure you are praying for us and for lives to continue to be changed by this ministry.  That is so very important, and I covet those prayers greatly.  May your relationship be close with the Lord, knowing He wants you healed, prosperous, protected, and blessed in every way.  He has made us to be more than conquerors and overcomers, so don’t quit!

No, I strike a blow to my body and make it my slave so that after I have preached to others, I myself will not be disqualified for the prize.
1 Corinthians 9:27