You are here: Home / Current Events / The Established Kingdom 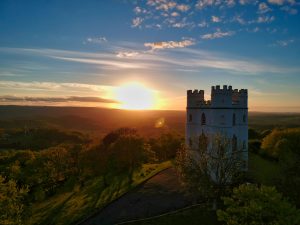 Greetings in the name of the King of kings, King Jesus!  He rules the kingdom of heaven and gives the keys to His entrusted servants!  Whatever you may be facing right now in your life, I speak peace into that situation.  You are to be a trusted servant of the King, and all His power and authority stands behind you.  Don’t let the things that are seen and heard deceive you into believing that another force is overtaking the kingdom to which you belong.  We are in this world, but belong to a kingdom not of this world (John 15:19).

As we go through life’s experiences, good or bad, we must know who God says we are.  We must know our position in the kingdom.  We all have an influence in the world.  While our impact may not be on thousands or even hundreds, you do have influence in your world—whether it be in your family or to one who looks at you as successful or doing better than they are in life.  We never know how others may see us or how they compare themselves to us (although in Christ comparing ourselves is something we shouldn’t do).

Therefore, since all these things will be dissolved, what manner of persons ought you to be in holy conduct and godliness. —II Peter 3:11

The earth, as we know it, and all its kingdoms will dissolve.  In fact, we see some nations dissolving and weakening now.  Even the great United States of America is troubled with the seeds of Satan’s hatred and division.  I, being a citizen of this nation, am FIRST a citizen of heaven!  Heaven’s kingdom never weakens, nor does it stumble or fall. 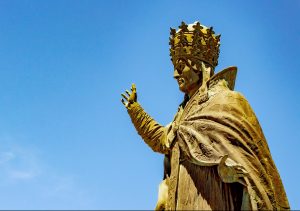 In Daniel Chapter 2, Daniel reveals to the king of Babylon information about world kingdoms.  We see five kingdoms, or empires, represented in the image of a man that came to king Nebuchadnezzar in a dream.  “You watched while a stone was cut out without hands, which struck the image on its feet of iron and clay, and broke them in pieces” (Dan. 2:34).  All the empires reflected in the image came crumbling down as the “stone” struck the image.

The Stone was cut without hands; it was not manmade.  God supernaturally created the Stone.  This Stone is the Chief Corner Stone, the Rock of Ages, and the Rock of our salvation, Jesus Christ!

And in the days of these kings the God of heaven will set up a kingdom which shall never be destroyed; and the kingdom shall not be left to other people; it shall break in pieces and consume all these kingdoms, and it shall stand forever.  —Daniel 2:44

During the time of these kingdoms, God created His heavenly kingdom on the earth.  Although the full physical manifestation of God’s kingdom is not yet visible, there are four components of His kingdom that are sure from the beginning:

1. It shall not be destroyed;
2. Only people of the kingdom will have the ability to operate in its authority, not other people;
3. It will overcome all other kingdoms; and
4. This kingdom shall last forever!

Hallelujah!  As born-again believers, we are members of God’s kingdom!  And this kingdom is on the earth now—it is not something for which we wait.  The kingdoms in Nebuchadnezzar’s dream have all come to pass.  The Babylonian Empire is the first revealed and is depicted as the head of gold; the last empire shown is the Roman Empire, which is portrayed as the feet of iron and clay.  World history proves this out.  It was during the Roman Empire that Jesus was born.  Look how wonderful Isaiah’s prophecy correlates with Daniel’s prophecy: 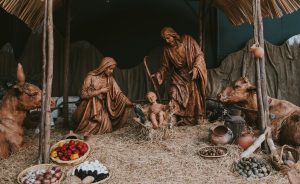 For unto us a Child is born, unto us a Son is given; and the government will be upon His shoulder.  And His name will be called Wonderful, Counselor, Mighty God, Everlasting Father, Prince of Peace. Of the increase of His government and peace there will be no end, upon the throne of David and over His kingdom, to order it and establish it with judgment and justice from that time forward, even forever.  The zeal of the Lord of hosts will perform this.   —Isaiah 9:6-7, emphasis added

Many practicing Jews continue to seek prophecies concerning the coming Messiah that have already been fulfilled.  They fail to recognize that the Father set up the spiritual realm of His kingdom before the physical manifestation.  God is Spirit; He came before everything physical.  Now think about this, we are created like God; spiritual things must come before physical. It is our spiritual life that matters first in relation to the physical world in which we live.  Our prayer life with the Father and time spent with the Holy Spirit and Jesus, the Word of God, is imperative to what happens in the physical world around us! 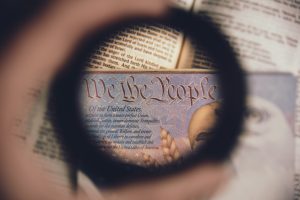 We are citizens of this great and mighty kingdom whose Constitution is the Holy Bible.  We must know our constitutional rights!  We have an advocate, or lawyer, and His name is Jesus.  We should consult with Him often.  Our kingdom overcomes all other kingdoms, and our rights are the same everywhere we place our feet—no matter which earthly nation.

Inasmuch as you saw that the stone was cut out of the mountain without hands, and that it broke in pieces the iron, the bronze, the clay, the silver, and the gold—the great God has made known to the king what will come to pass after this. The dream is certain, and its interpretation is sure.  —Daniel 2:45

As sure as this prophecy entered fulfillment, know that it will certainly come to pass.  This is a guarantee!  So, let not your hearts be troubled—believe the Word of God and expect to see it come to pass for YOU!  Michelle and I appreciate you and pray for you.  God’s kingdom WILL PREVAIL in these last of the last days!  Trust Him!
Jesus is coming soon be ready!

Every good and perfect gift is from above, coming down from the Father of the heavenly lights, who does not change like shifting shadows.
James 1:17